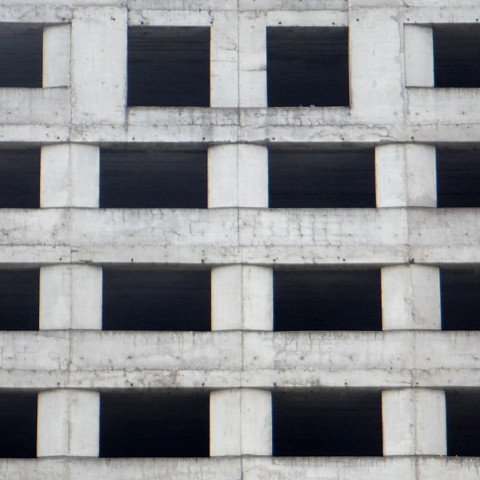 Philosopher and author Rudolf Steiner wrote that the values of architecture derive from the belief that the buildings function as pathways of the soul into the spirit world, after the physical death of the body. He claimed we do not build buildings merely for shelter and protection as “architecture unfolds out the principle of the soul’s escape from the body”. Looking into Soviet buildings they seem to be built for merely practical, materialistic purposes. They reveal that in Soviet times the metaphysical considerations and questions about human’s position in the world were degraded or even banned.

‘Shift’ is based on recordings of (disused and functioning) factories and other former Soviet urban locations in Kaunas, Lithuania. The sounds were recorded in September 2015 during “Cotemporal Encounters: Interdisciplinary Approaches to Sound, Memory and Place”, an art residency programme curated by Sandra Kazlauskaitė and led by Jeremy Keenan. During the residency the invited artists conceptually and physically explored a number of architectural sites in Kaunas, chosen for their historical, political and social significance. The aim of Shift is to reverse the stigma of these sites, often recognized as places of monotony and routine, and create a new and transformed identity for them, explored with mystery and wonder.

Original collaboration in Kaunas with Hrvoslava Brkušić resulted in a sonic performance and an installation piece titled “Unfitted Dust”. ‘Shift’ took its current form in London during November 2015.