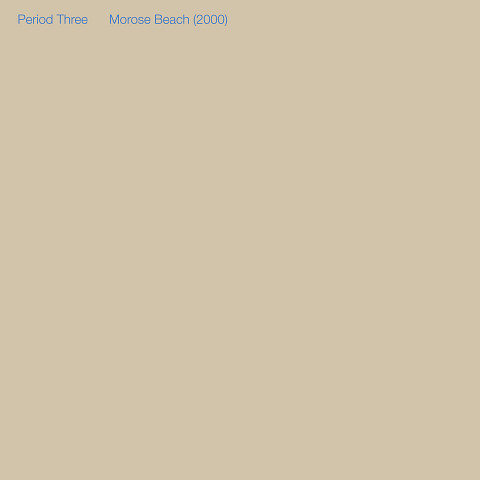 Produced during the year 2000, Morose Beach is a kind of “follow-up” to Auld Cove (rereleased on No Type earlier this year). This time, it’s a previously unreleased album that was created entirely using Audiomulch software. In this sense, this album also serves as a bridge with Heap, the last recording David Turgeon released under the name Period Three before launching the Camp project. None of this tells us much about the hazy, melancholic (& sometimes a tad noisy) atmosphere found herein.

If these unpublished recordings intrigue you in any way, please know that there are more to come, or so the composer tells us.