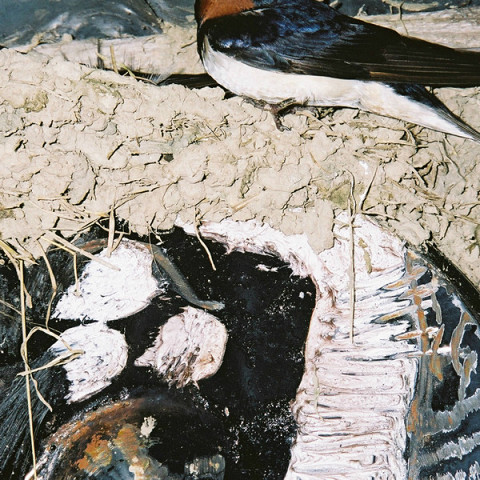 A study of psychic fractals and attractors, this body of work is concentrated on fragmental stream of consciousness, memories as incomplete and distorted clusters of events and information, exploration on various levels of time perception, and conceptual elasticity. Experimentation with using oneself as bio-computer to produce composition of sounds as projection of automatic thought-geometry; attempting to follow intuition only. The contradiction is becoming part of the equation; balancing the paradox. This sound-work does not express those ideas, but rather an aural by-product of the engagement with the creative process.

Composed by Slavek Kwi in Ivy Cottage, Ireland in 2003; then reviewed & extended in 2008. Includes: clarinet interpretation of Kwi graphical score by Paul Roe, fragments from improvisation of Miro Konecny (sitar) & Jaro (percussion) and also from clarinet composition “Cuneiform” by Kwi, played by Vincent Jacqmain. Selkies is based on an improvisation played with Colm O’Snodaigh, 2008 - for Niamh Lawlor & her beloved Puca Puppets.