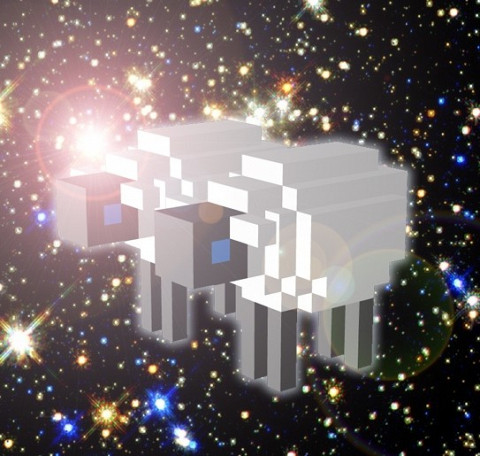 A quadruped takes off aboard the Pecora Pecora spaceship on a trip across the infinite and the discovery of a timeless planet.

Review:
“When an album cover shows Minecrafty visions of interstellar pixel sheep, one shouldn’t be surprised that the music has the kind of canned bliss often associated with early digital synth music. There are two tracks on Le Voyage du quadrupède by Pecora Pecora, and the opening, “Vent ionique,” indeed has the pulse and sheen and automation of mid-period Tangerine Dream at its most pop-kosmische, but the second, “Las Valse de Gogol,” drops the metronomic activity in favor of something more sinuous and burbly and wavering. It still sounds primed to serve as the score to a midnight event at the local planetarium, but it’s also subtle enough for general use.”
—Marc Weidenbaum, Disquiet