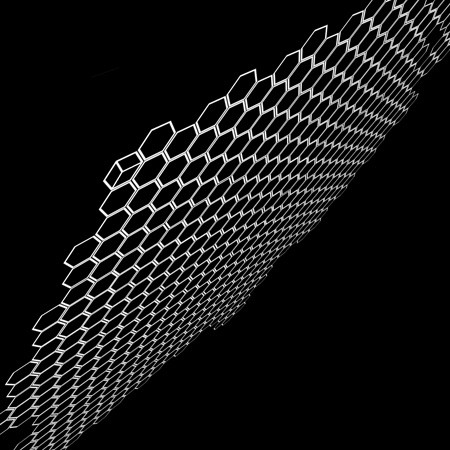 Descent is the continuation of Akumu’s study of resonances and micro-sonics found in our everyday world. Based on field recordings captured within train stations, banks and other large buildings, these four pieces re-synthesize and reduce those grand structures into the infinitesimal — the real into the abstract. The result is an imaginary “molecular soundtrack” for the residents and travelers of these spaces. Simultaneously part of, and yet isolated from their surroundings and other passersby, this might very well be the raw sound equivalent of their interconnections to each other and the world around them.

Written, recorded and mulched by Deane Hughes in Toronto, Canada between 2009 and 2010.