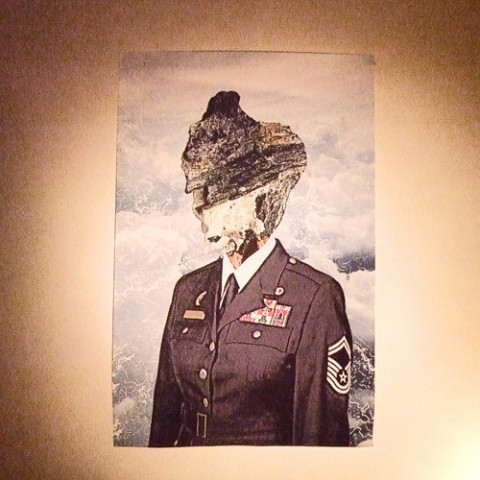 Panospria presents the debut release of Soft Riot with this collection of isolationist night music.

No Longer Stranger isn’t late night club music, but sounds of dimly lit rooms and dark street corners. Conceptualized a few years back after late nights under an influence, Soft Riot came to be as a musical creation of JJD (Jack Duckworth) of the London, England based psych electronic post-punk outfit Savage Furs.

Tracing a trajectory from his former home of Vancouver BC, the tracks from No Longer Stranger were built in pieces over months and months in his new English home and then completed in a few feverish weeks after a large stroke of inspiration. Themes from science fiction, isolation, fantasy, romance and psychedelia run throughout the course of this collection of “space ballads”. Drawing inspiration from synthesizer-based film soundtracks of yesteryear, drones, minimal wave electronics past and present and a heavy dose of throbbing arpeggiated rhythms, the tracks of No Longer Stranger are minimal pulsing pop songs coming from the distance with whispering voices weaving throughout.

NOTE: This release has been removed from our catalogue and reissued on vinyl with bonus tracks by Volar Records.

All tracks written by Soft Riot (Jack Duckworth/JJD) except Electrolux © 1994 Hoover from The Lurid Traversal of Route 7.

All artwork by JJD. Recorded 2008-2010 throughout East London, England.