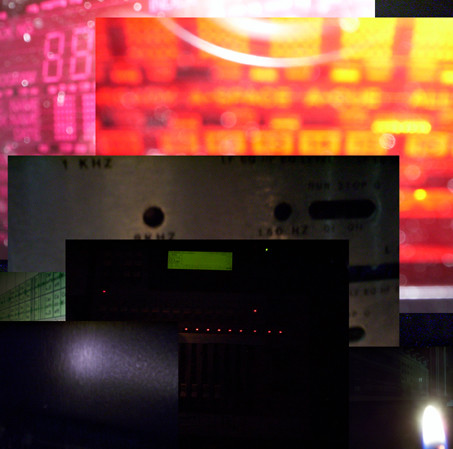 “The goal of this project was to produce an audio map of the Co-op Radio Facility — of the building itself and what lives, physically and non-physically, within it. I used Co-op Radio’s portable DAT to record every space I could access and every piece of gear, old and new, that had a plug or switch. The intent was to collect only non-human sounds, so I used a very “hands off” approach. If I ever touched a piece of gear while recording, it was with the most minimal assertion - moving a switch or nob one piece at a time, with as little intention or energy behind the movement as possible. The majority of the “air” segments were recorded without myself or anyone else present. I kept my mind as empty as possible throughout the entire recording process.

The editing process was kept very low-impact, to preserve the life and sounds in the recording, so as not to colour or influence them. No equalization, no effects, no looping or manipulation of any sort was imposed. All audio occurs in the order that it was recorded, with segments deleted for either their redundancy or for not being interesting. The only other edits made were volume changes and two or three broad pan sweeps.

What some may call “glitches” or “digital hiccups” were preserved. It is my belief that these sounds, as well as other audio events recorded throughout this project, may be direct or indirect signs of life beyond the human realm. Two pieces of evidence support this claim:

This project is the product of my time spent as the Media Arts Committee Artist In Residence during March and April of 2006. Much thanks to MAC, CFRO Co-op Radio and Canada Council.” — Michael Red, aka Souns