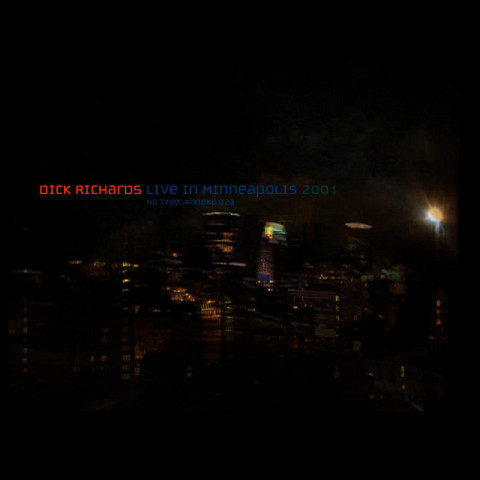 Sometime in 2001, just after the release of his Raum… Musik CD Amanecer, Dick Richards was a guest live performer at the First Avenue Club in Minneapolis, where he did what DJ slang refers to as a “killer set”. This set was available for some time on this very site but, for server related reasons, it eventually disappeared. So here it is again, as good as it ever was, which only confirms what we already knew: in a universe of copycats, posers & wannabes, Dick Richards, remains the unjustly underrated specialist of a certain timeless kind of minimal house.