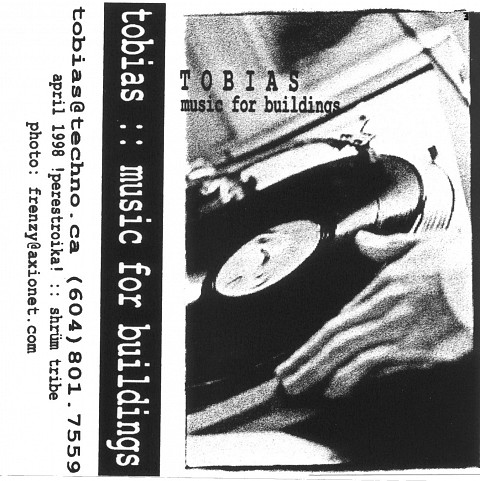 Throughout the spring and summer of 1998, (dj tobias) was engaged with the Make Friends Not War series of outdoor DJ gatherings in downtown Vancouver. Every Sunday morning, members of the Whirled Bees Collective and others from , TeamLounge, HQ Communications and the rave populace scarcely sentient from the night’s rituals would gather to dance through the long Sunday afternoons. Buffering the bodies seeking solace, meaning and avowed community; in the dance were the abrupt rhythms of traffic and in the Sunday rush,the casual hordes of assembling onlookers arrested in their shopping desires. For many, it was a post-rave comedown, replete in the sun, spliff in hand, as beats ricocheted from pavement and tower. MFNW started as somewhat of a protest, if not one clearly articulated, then at least a sonic movement that takes as its space the city itself. -tobias c. van Veen, 2004

Mixed and Recorded live to tape by tobias c. van Veen aka dj tobias in 1998. Mastered by Jon Vaughn for BricoLodge in 2004.