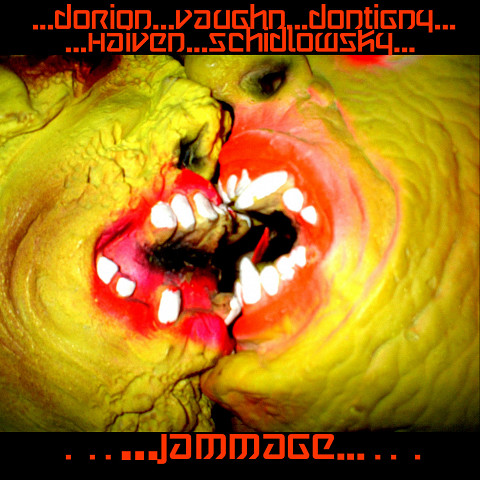 This album documents an afternoon spent at James Schidlowsky’s “Sound of Rust Studio”, a series of improvisations recorded the day before Jon Vaughn returned to Saskatoon from Montréal during his October stay in 2003, with friends Max Haiven (from Ontario), Aimé Dontigny, Erick Dorion and James Schidlowsky. The ensemble tapped into the kind of jarring complicated energy that thrills the spirit with vigorous zest and profound glee and resulted in the creation of a dense and beautiful bleep madness.

Recorded at Sound of Rust Studios, Montréal, QC, October 2003. edited and mastered by a_dontigny in early 2004. remastered by Jon Vaughn in late 2004