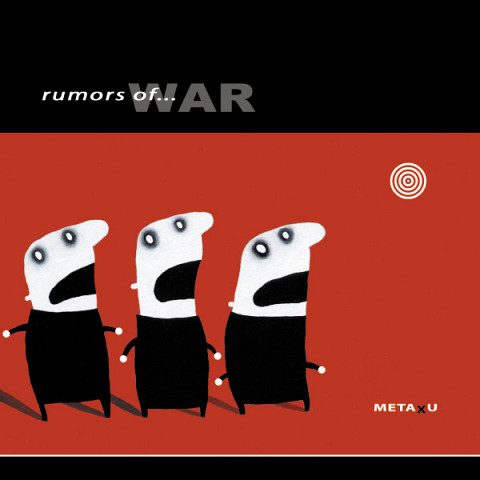 How to describe Rumors of War? I like to think of it as a romantic poem on a particularly dangerous subject. For one, it might not make you feel good about your own convictions. Surely it is bound with compassion for the true victims of war. But listening to it, you could think Metaxu are flirting with their subject, giving it some reverence. It’s a matter of fact that the duo has not clearly specified their own stance on the matter, though I would suspect them to be, ultimately, pacifists. Well, who isn’t?

Art as a battleground? Maybe we’re getting to it. A place where blood is drawn with ink, where violence is but a musical simulation of itself? After all, Wagner is not the inventor of fascism. And neither is Goya responsible for the horrors of war he illustrated. Perhaps the problem is in the listener…