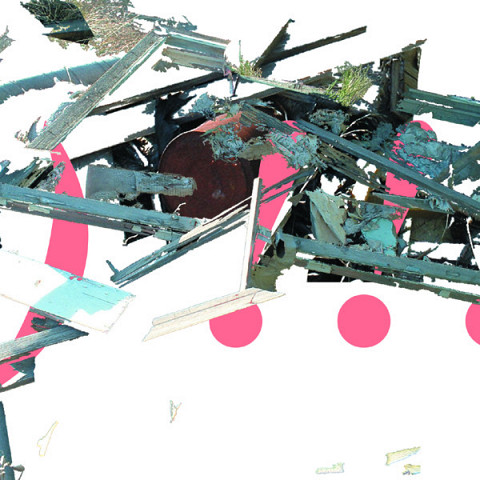 A 73-minute work separated in 33 tracks of arbitrary length, Front is not to be easily explained. At the frontier of conceptual art & listening music, obnoxious candy pop & extreme experimentalism, Front introduces a compositional approach which, according to the composers, may be dubbed “domestic.” The work unfolds as a string of events, whereby conceptual relationships between sounds & ideas paradoxically gives birth to musical content. The composers have integrated in thie work their own feelings & experiences towards the ambient cultural narrative & pop music in particular.

Unlike many similarly ambitious works which assume a linear, almost meditative attention from the listener, Front prefers to toy with the idea that the listener’s attention is a kind of data to be played with, much like tone or rhythm. Finally, Front seeks to explore the dangers of musical identity, & the concept of structure as a victim of interrogation. Without attempting to criticise one particular aesthetic or another, the work is nonetheless highly suspicious (almost antagonistic) towards the attitudes leading to an aesthetic choice. To shrug off Front as too “intellectual” misses the point of the real listening pleasure to be found throughout. Thanks to its highly peculiar form & its total integration of the CD medium, I wouldn’t hesitate to qualify Front as a completely unique gem in the world of electroacoustic & electronic musics.